In a couple of days I am coming up on a significant anniversary in my life. On July 21st, 2014, I put in my two weeks’ notice at my last full-time, salaried job. It’s hard to believe that five years have passed already; in some ways it feels like just yesterday, and in others it seems like it was decades ago. So much has happened both in my career and my personal life, and I’m simply not the same person I was when I embarked on this entrepreneurial journey.

I’ve learned so much about not only how to run a business, but also the importance of being true to myself and putting my dreams first. One of the biggest things I’ve learned is how much power I have to create everything that I want in this life.

Flash back to 2013 – I was in my seventh year in a job as a web designer. I had once loved my work at that company, but eventually grew to loathe it. With increasing responsibility and a shrinking company roster, I felt drained. My creative tasks all but disappeared. I let myself get pulled in a million different directions every day, putting out fires, and barely keeping my head above water. I was constantly exhausted and stressed out. I cried a lot.

I was desperate to get out, and I flung myself into searching for any exit that I could. In January 2014 I finally found another job, this time as a full-fledged web developer. I was offered $5,000 more per year than I had been making up to that point. It felt like all my prayers were answered.

However, eight hours a day of coding websites designed by other designers felt soul-crushing. When I was happiest at my previous job, I probably only spent 50% of my time coding, and the work was more meaningful because I was coding designs that I had created. At the new job, I merely felt like a factory worker pumping out widgets that were other people’s ideas.

Now, looking back at my last couple of years working for other people, I’ve learned a powerful lesson. Because I was so miserable in the first job, and so desperate to get out, I ended up creating an equally negative (if not worse) reality for myself. I searched for a job from a place of exhaustion, vs. a place of hope and potential. I was closed off to possibilities – I had tunnel vision about what I needed to do to get out, instead of being open to potential creative solutions to my problem.

What I Would’ve Done Differently

Hindsight is 20/20, right? It’s easy to look back now and see how my mindset and my negative emotional state affected my outer world. But here’s what I would’ve done differently if I could have a do-over:

In all honesty, I wouldn’t actually change my path. Everything that I have been through has lead me to where I am now, and I am immensely grateful for that. I can genuinely say that I am 100% in love with my life now, and I wouldn’t trade that for anything.

My hope is in writing this post is that you become aware of your own power to create your reality, before you get to a place of misery, before you are desperate for a way out of your negative situation – whether that’s a job, a relationship, a city, or something else.

I want you to know that you are 100% responsible for your life and your happiness. This concept might feel a little daunting at first, but when you let this idea settle into your consciousness, you realize you are not a victim of life – you are a powerful creator and you can make your biggest dreams come true. To me, that is incredibly exciting, and I hope that it excites you too! 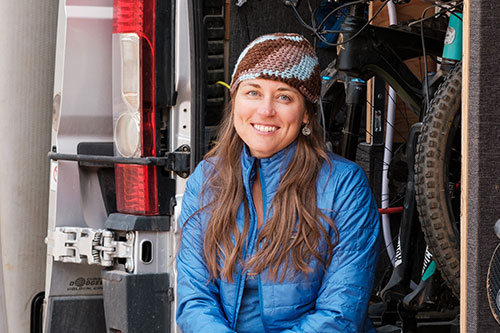