Seven years ago, I was on top of the world in Moab, Utah. It was my first day biking of the season, it was an outrageously beautiful morning, and we’d just finished a delicious breakfast at the Love Muffin cafe.

Brian and I set out with four friends to bike the Porcupine Rim trail, one of the most beautiful and iconic mountain bike trails in Moab (and probably the world). I knew it was a stretch for my skill level at the time, and for it being early in the season, but I was excited to try it.

The first 45 minutes of the ride were exhilarating. Riding along the edge of the rim, high above Castle Valley, was breathtaking. I couldn’t believe I was keeping up with the group, either. True to a lot of adventure sports I participate in, the guy-girl ratio was 2:1. And amongst those men was a former pro kayaker, as well as a guy who regularly competed in epic races like the 24 Hours of Moab. I was so proud of myself to be holding my own with these amazing athletes.

And then suddenly, my world stopped. I don’t even exactly remember what happened. We’d finished riding the super technical first section, and the next thing I knew I was lying on my side, unable to move off the trail. My right hip was filled with excruciating pain.

Fortunately for me, our group consisted of a paramedic (Brian), an EMT, and two nurses. They were able to move me to the side of the trail and get me comfortable pretty quickly. And thankfully, Brian had a Vicodin in his first aid kit. He called 911, and the local search and rescue team was dispatched to our location. I was lucky to only be about a quarter of a mile from an intersection where an ATV with a flat bed could pick me up.

At the hospital, x-rays were taken, and by dinner time the ER doctor had determined I had a hairline fracture of my upper femur, about an inch below my hip joint. The next morning, I had surgery to place a plate and three screws into the bone to stabilize it. I ended up spending three nights in the Moab hospital, over four hours from home. My mom flew out from Maryland to take care of me while Brian worked long days in the desert heat.

It took me eight weeks on crutches and four months of physical therapy to recover, and even after that I walked with a mild limp for over a year. I eventually had elective surgery to remove the hardware, which corrected the limp and alleviated the dull achiness that still lingered 18 months later.

Back in the Saddle

In the months that followed my accident, I’d often get asked if I’d ever mountain bike again. At the time, my answer was, “well of course, mountain biking is my passion! I can’t give it up!”.

For a long time though, I still had a bit of lingering fear when I biked. It slowly started to fade as I logged more and more hours in the saddle. Practice helped me to regain my confidence, but it wasn’t the number one thing that helped me let go of my fear once and for all.

In hindsight, when I think about the day I crashed my bike, I know now the true cause of my accident. It wasn’t that I was riding a challenging trail, or keeping up with riders who were past my skill level.

The culprit was my ego.

That might sound a little silly – I’m not a bragadocious person and I don’t have a competitive personality. I’m actually pretty humble most of the time.

I can’t remember the details of falling off my bike or how it happened. But I vividly remember this tiny voice in my head, and choosing to ignore it: “You’re going to fast. This is too much. You’re in over your head.”

That little voice was my intuition, or my inner guidance system, telling me to let go of impressing the guys, and slow the heck down. But I didn’t care. I wanted to keep feeling the high of speeding down this black diamond rated trail, proving to myself and to the group that I was as good of a rider as one of the boys. And I paid for it.

I can’t say I immediately learned my lesson. There have been plenty of other times I rode faster than I was comfortable with, in order to prove something to myself or someone else. I’ve certainly crashed since then, but fortunately escaping with only minor bumps and bruises.

Over the last year or so, I’ve been starting to tune into my intuition more and more. I am still learning to determine exactly what it sounds like. It’s usually just a whisper, or a feeling, something that’s hard to describe or articulate. But like building a muscle, it’s getting easier to identify with practice.

As I’ve been tuning in more, I’m noticing more often when my ego is trying to take over. Even if I’m not in any danger, sometimes my ego still tries to get the best of me. Specifically on my bike, it comes in the form of negative self-talk when I’m climbing up a massive hill and not managing to keep up with group members. But the thing is – I’m starting to catch it.

I also notice when something feels “off”. I hear the little voice that says “slow the eff down”. And I choose to listen. Tuning into my intuition has been a process, and I’m still learning. But I’ve also started to develop a trust in my own higher self.

Last summer, we went backpacking on the rugged Olympic Coast in Washington. The beach consisted of bowling ball sized rocks and big boulders, which were often covered in algae or sea grass. It rained for most of the trip, and every step we took was slippery. But for the first time in less than ideal circumstances like these, I felt completely relaxed. I felt confident that I could trust myself to know exactly where to step and how to be safe. And I felt assured that if I was in any real danger, my inner guidance system would let me know.

I now know that when I’m out having an adventure (that some folks might think is a bit extreme!), I can feel confident that if I listen, my intuition will lead the way. Letting go of my ego is essential for doing this, and is not always easy. But I’ve finally figured out that I can be 100% safe (and still have fun!) – no matter how challenging the trail or how fast my riding partners are. 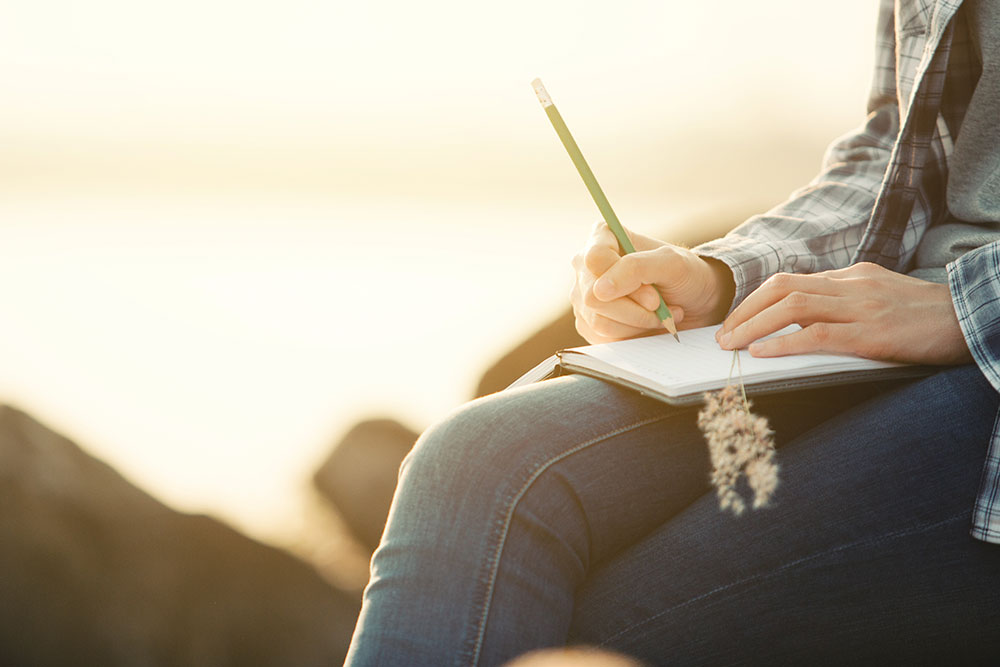 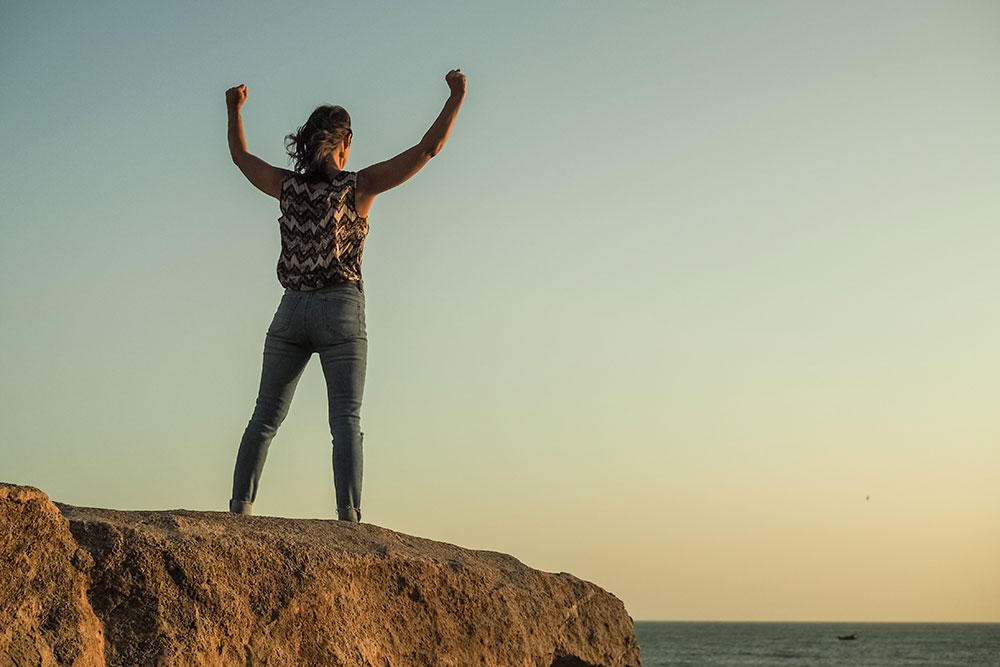